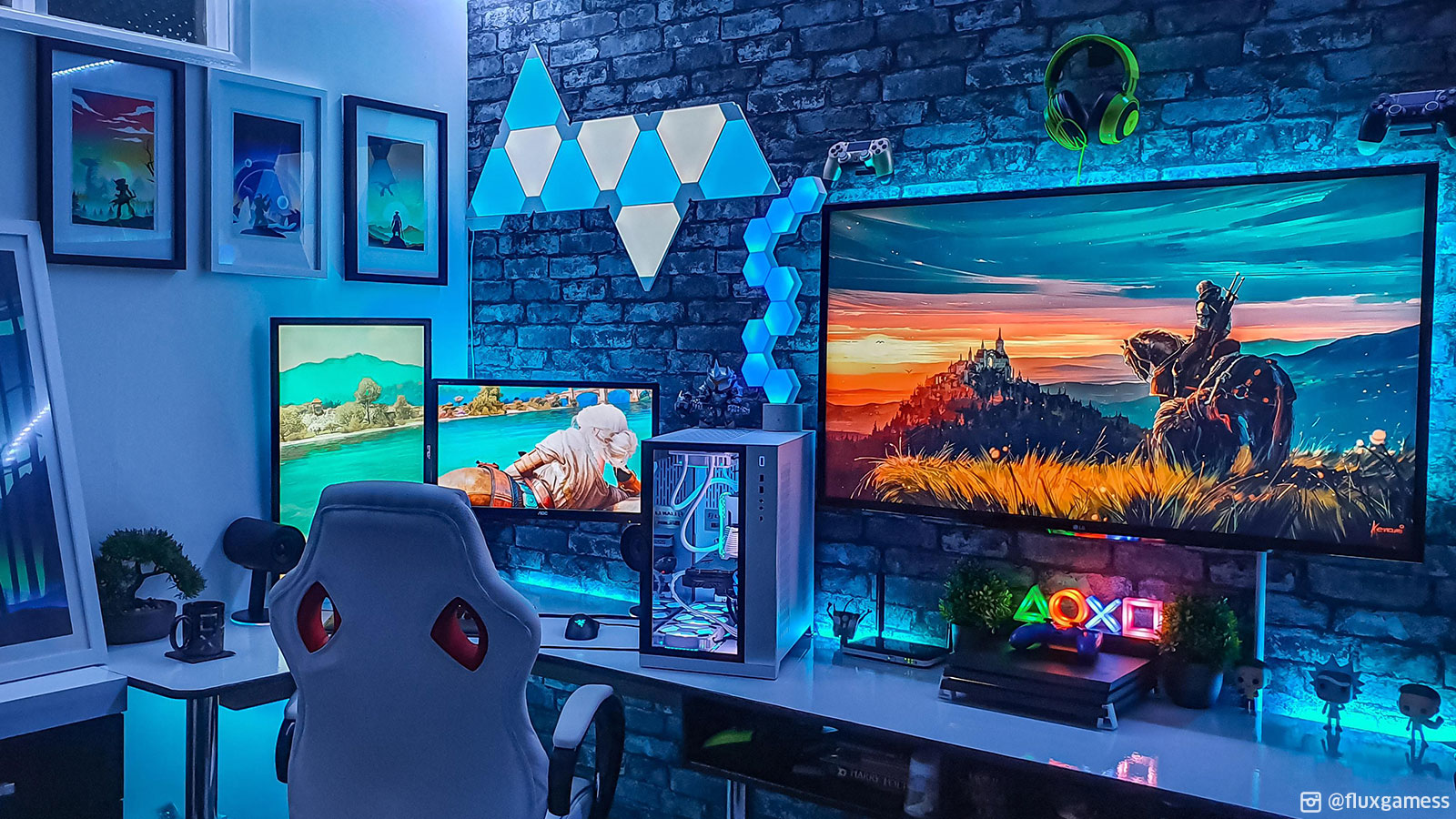 PC is the Place to Play

By Matthew HurtNovember 10, 2020No Comments

Playing video games has often been portrayed in a manner that is separated. Players have several consoles to choose from, as well as the option to play on devices like phones and tablets. This is great in one way: it gives the player many ways to play and provides an opportunity to play almost whenever and in whatever circumstances. However, this divide also comes with its own downside: the concept of exclusivity and platform-specific access. Although developers have made efforts to remedy this in the form of services such as cross-play, there are still many challenges.

The PC is in its own separate world, offering different functionality and performance entirely that the other consoles simply cannot keep up with. In my opinion, the PC is the best place to play if you can access one. However, consoles offer their own feel to the player and are useful in different ways — namely price. If a player is able, having both is an excellent, but sometimes it is not a realistic choice. Different aspects of these platforms make them unique. So, what are the benefits of each, and why gaming is more accessible today than it ever has been?

First, major consoles like the PlayStation, Xbox, and Nintendo Switch offer their own benefits that should be taken into consideration when thinking about which platform to play on. These consoles are easy to access with user-friendly interfaces and several features that are designed for anyone to be able to use. On these consoles, a player can play many of the same titles, especially AAA ones, that would also be offered on PC. This is especially true with the upcoming next generation upgrade. There is also the choice of subscription services to access multiple titles at a time without paying individually, which is a great deal. However, a similar subcription service is required to play online with friends.

They are “plug and play”, meaning that they work right out of the box with almost no extra configuration required, and are perfect for playing with groups of friends or family due to the nature of the television and wireless controllers. In this way, consoles can focus on having a fun night with friends, while at the same time being capable of participating in competitive titles if the player is up to the challenge.

The portability of the Switch in particular is a major factor that contributes to its success. The ability to play blockbuster games on the go is a fantastic aspect that makes this console unique from the other two. Overall, consoles offer a level of accessibility and portability that a powerful computer simply may not have, while also allowing for in-person game nights and events.

On the flipside, PC play offers many benefits that make it one of the best pieces of technology to exist today. The PC can function as a multi-faceted machine, moreso than the console. They have the ability to work and play on the same device. A person could use the same computer to write emails, edit a project in Adobe Photoshop, piece together a video in Adobe Premiere, listen to music through Spotify, or watch a TV show on Netflix. On top of this, the computer can function as the most powerful gaming machine on the market today — depending on your wallet.

One can pay a bit more for a PC from a certified retailer if they want a machine that is quick, easy, and accessible. Alternatively,

they can pay less to make a desktop PC out of custom parts that will run Triple-A titles at a fraction of the cost of certified PCs. It must be noted, however, that it is challenging to build a portable computer, and that is where consoles beat the custom PC. The PC offers the widest library of games at the cheapest cost, with platforms such as Steam and Humble Bundle frequently promoting deals on the latest titles. If you buy from the latter, the proceeds even go to a charity of your or the site’s choice!

A computer also offers increased customizability and control. Aiming is more accurate with a mouse and the ability to custom map many functions to different keys on a keyboard (including custom commands) is great. If someone wanted a console experience, they could even hook up a controller to the computer or input the display to a TV! In addition to offering the games from the other consoles, the PC has many exclusives and small titles that can often be free-to-play and would not be seen on other platforms due to the fact that games are made on PCs. A downside of the PC is that to stay “on top” in terms of having the latest hardware can sometimes be expensive, but the average user who buys a powerful computer for its time will certainly see several years of usage before needing to upgrade.

Consoles and PC’s offer two distinct playstyles that players will value for different reasons. The console offers more in terms of accessibility, portability, and the potential for a great in-person atmosphere. The PC however has simply more going for it as a machine, capable of running many programs with increased control in games, exclusivity, greater performance for its cost, the ability to build a custom machine, and even the fact that one could exactly mirror a console experience on the PC if they wanted to. Both consoles are great for different reasons, but if the player is more serious about their games, they should look no further than the PC.

The Treatment of Women in Gaming

Digital and Physical Games: Which is Right for You?

Why Preference is Great in Games

If you have feedback or questions you can email us at [email protected].

We're currently converting SoonerEsports.org to a pre media outlet and teams hub. Check out our new program homepage at ou.edu/esports! - 2.23.21