By David KaucicDecember 11, 2018No Comments

With finals week here in full swing and the month-long winter break coming not soon enough, my mind is already turning away from the pain of final exams and turning toward how best to squander the month of freedom I get. And as I am a gamer, my first thought is always video games. Last week, Courtney and Alex offered suggestions on how to relax between studying sessions. This week, I’m offering suggestions on the best games to play that will bring you into the New Year and (hopefully) into the Spring 2019 semester. 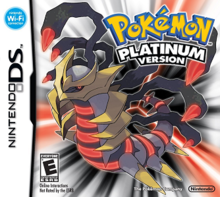 With the release of Pokemon: Let’s Go, Pikachu! and Let’s Go, Eevee! the next installment of the Pokemon series brings back old feelings of nostalgia. Even for those who don’t own a Switch, some of us are revisiting old classics and reliving our glory days when the biggest challenge was beating Pike Queen Lucy or winning the rematch against Cynthia, not making rent and passing Organic Chemistry. If Pokemon was an important part of your childhood, I encourage you to take time to rekindle your love of one of the greatest game franchises in history. My top pick: Pokemon Platinum. It’s not old enough to be a dated game, the post-game content is long and enjoyable, and the Underground is one of the best features that Gamefreak dangled in front of us only to snatch away.

Yes, UNO is a card game, but it’s still classified as a game. UNO is universal and you don’t need to know much about cards or gambling to have a wonderful time playing. And I’ve found that college students get viscerally competitive while playing UNO, even without stakes. And if your friends don’t live nearby, or if you just don’t want to get slapped across the face in person, it’s on Steam, too. I’ve wasted entire nights playing a 45-minute game of UNO with my friends before my mother came downstairs and told me to shut up because it was 1:00am and I’d been screaming. My favorite ruleset is 7’s and 0’s, bluffing on Draw 4’s, and stacking card draw cards. 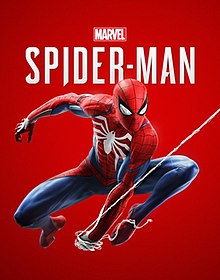 Before everyone gets on my case for not recommending God of War, Red Dead Redemption 2, or another of this year’s greatest games, I haven’t played any of them. What I have played, however, is Spider-Man. Definitely my best game purchase of 2018, and not just because I haven’t spent any other money on games this year. Spider-Man combines the smooth web-swinging that was promised with the fast-talking quips that we all know and love from our friendly neighborhood Spider-Man. I also thoroughly enjoy the stealth takedowns, which remind me of Rocksteady’s Arkham series, without the masturbatory angst of Batman brooding and “non-lethally” breaking criminals’ necks. Admittedly, I also get a perverse amount of joy out of swinging across rooftops and kicking Chinese gang members directly off of them, but it seems less hypocritical when I crack jokes while I do it. 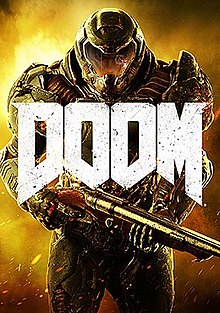 So, full disclosure, I haven’t actually played DOOM, but I did watch my roommate play the better part. I’m not much of a console gamer, but DOOM made me want to pick up the controller and struggle my way through the murder and gore of the new age of demon-slaying. It’s a beautiful game, in a horrible, visceral, stomach-turning way, and not only that, it’s an amazing time sink and stress-killer. You can play it alone when you need to take out some emotions that you can’t scream at your racist uncle, you can play it while your backseat-gaming roommates shout at you to kill the fat guy that’s barreling down at you, and you can play it and find out that there’s a live-action DOOM movie with Dwayne Johnson and Karl Urban. It’s actually pretty good, all things considered, including the fact that it was made in 2005.

Technically, this entry is about either RS3 or OSRS, but I’m a purist. OSRS is by far my preference between the two, even though dungeoneering is my guilty pleasure. Anyone who played Runescape growing up can very quickly get sucked back into it, though anyone who hasn’t might take some time to get into the swing of things since everyone these days is spoiled by fancy graphics and immersive open worlds. But if you’re willing to put in the hours or find someone generous enough to help you (from real life, don’t go trusting those jags on Runescape), Runescape can be hilariously rewarding. If not just for the nostalgia value of beating Dragon Slayer again, Runescape membership can be fun. I sucked it up, spent the $10 that I never had when I was 11, and played for a month. Membership really was a whole new world. All sorts of new cash-farming methods, exploring a much larger world than I ever had, and the progressive irony and self-awareness that the game has have really expanded the enjoyment. If you have absolutely nothing else to do this winter break and you feel okay with the prospect of dedicating as much as 16 hours a day to grinding out XP like some kind of click efficiency zombie, Runescape is the game for you.

Those are my top 5 for this winter break. Unfortunately, I don’t own a console, I sold off Pokemon Platinum for Starcraft back in sixth grade, and I have too strong a sense of self-preservation to go back to Runescape, so it looks like I’ll be playing UNO for a month.

David “Vid” “KauCix” Kaucic is a writer, caster, and player for the OU Esports League of Legends team. He’s a support main who likes dry humor, pseudo-factual personal anecdotes, and abusing Brand support in SoloQ to pretend that he’s useful.