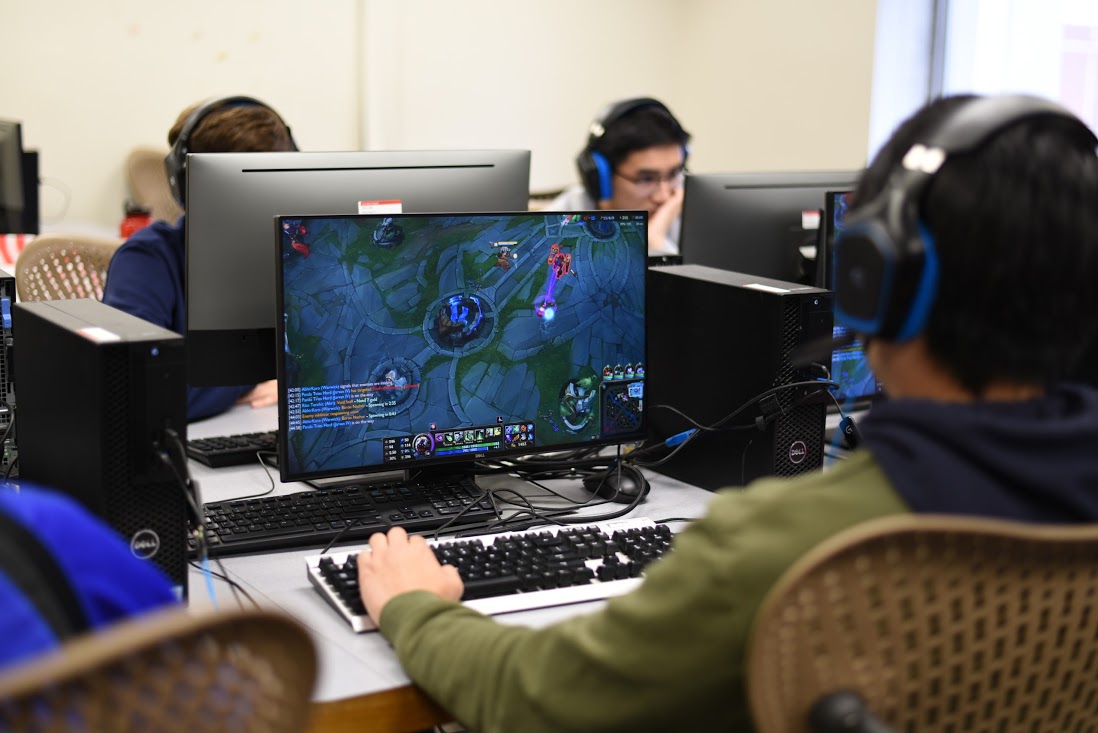 In the second round, ‘Clown Fiesta’ was able to turn around and win their match against ‘RITO PLZ’ while ‘Team Shrooms’ takes their first win against ‘Buddy Squad’.

In round three, ‘Clown Fiesta’ wins their second match over ‘Team Shrooms’, and ‘OU IT Services’ is undefeated after winning the round over ‘RITO PLZ’ who is still looking for their first win.

In the final round, ‘Team Shrooms’ broke ‘OU IT Service’s’ winning streak, while ‘Clown Fiesta’ takes a win against ‘Buddy Squad’.

Rewatch the matches right here or on their Twitch page, and watch all future streams of their tournaments there as well.

All photos credited to John Nguyen

The event was hosted in the Black Box Theatre in Cross Building A with a team warm-up space in the DIY Room in Cross Building B. Both rooms had full computer set-ups for the teams. EK Fluid Gaming and the Republic of Gamers provided the…

OU Esports will be hosting the next event in the Watch Party Series at 2:00 p.m. on Sunday, November 20. The match that will be streamed is Overwatch 2: OU Crimson versus University of Ottawa that was played this past Tuesday, November 11.Cale “Froggo” Childs,…

The competition will be streamed on OU Esports, with November 11 being online only and November 12 taking place all day in the Cross A Black Box Theater.This year, the event will raise money for the Make-A-Wish Oklahoma, a non-profit that raises money for children…